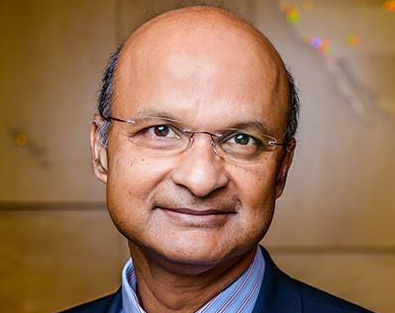 A move to value-based healthcare is inevitable, says the global CEO of Medtronic Omar Ishrak.

Mr Ishrak spoke with HealthDispatch during a recent trip to Australia. Medtronic, a global medical technology behemoth, has a significant Australian operation headquartered in Sydney with around 1,000 employees nationwide.

According to Mr Ishrak, the fee-for-service approach to healthcare might be the financing mechanism used by most developed countries, but it is unsustainable in the context of ageing populations and the continuous emergence of new technologies.

“Systems need to be better at encouraging stakeholders to work together. The fee-for-service model is almost adversarial in nature, in that I provide a service and you pay me without really evaluating, in an objective way, the real value.

“People are very rational. If you remunerate on a fee-for-service basis, you will get a lot of services, but does that represent value? If you remunerate based on the real value a service provides, people will naturally shift to adding value.

“Everyone in the system tends to think they are doing the right thing in their own domain, but the reality is that without a collective endpoint it becomes very difficult. I often give an example that in running a business, if we were to pay our salespeople for the number of sales calls they made, as opposed to the sales that they brought in, I think we would get a different result.

“It is the same in a fee-for-service healthcare environment. With all the right intentions, you are providing the service but who is actually accountable for the outcome? How do you improve and optimise that? You just cannot if its value is not assessed. The sales analogy is perhaps the simplest I can give to extrapolate into a very complex world where the stakes are much higher.”

He says the issue is compounded in some jurisdictions were laws explicitly prevent people from working together. “This has to change.”

“There are some positive examples. I do think that the US has a great deal of awareness about this and there is a lot of experimentation going on. That might be government doing some value-based purchasing with commitments to move towards quality measures. You can argue how effective they have been so far, but they are attempts and people are learning.”

He also points to some Scandinavian countries as well as the Netherlands and Israel, “where real programs are being put in place with some degree of success.”

“I think data is key. I think in countries where data is available, the monitoring of patients, outcomes to health status and their cost, these are the systems more able to evolve to a value-based approach.

“Now, whether they have actually done that often depends on how sensitive they are to cost, but they have usually already thought about it and are the most prepared to move.

“More experiments and trials mean real models are being created. Nothing has been scaled but I do think that countries with patient records, including health status and cost, are the most suited to move quickly in the value direction."

On the potential for Australia to adopt a value-based approach, the Medtronic boss says, “It is inevitable, particularly when you look at the growth in spending, but the challenge will be making it happen given it does not currently have many of the required characteristics.”

He explains, “Australia has one of the more entrenched fee-for-service systems. A move to value-based healthcare requires trust between all the different stakeholders, and that can be hard to achieve. It is also a challenge in places where a person’s health is not managed within a ‘closed-loop’.

“In Australia, patients living with the one condition can interact with different parts of the system, and there is virtually no communication between them. This is a serious problem that ultimately undermines patient outcomes.”

Mr Ishrak says whether systems are predominantly funded by governments or private payers, the provision of healthcare, “if you really boil it down, is about the efficient cost of providing the right care to the right patients.

“A government payer might be more sensitive to the cost, while a private payer typically will be a little more focused on consumer satisfaction, but most developed country systems use both and increasingly there is a convergence of language about what the problems are and the need to focus on value."

Mr Ishrak says healthcare is increasingly complex as “we learn more about the patient experience and new technologies emerge. As a business, we must remain focused, and that means avoiding trivialisation or simplifying what can be very complex. The human body is just not simple.

“As new technology proliferates across broader populations, the ability to maintain rigour and disciplines around the outcomes requires more work – we have no choice because judgment and goodwill are not enough. This is true of a business and a payer.

“Innovation is a continuous journey that will never stop, especially in healthcare,” he says, pointing to the company’s history in the pacemaker.

“The miniaturised pacemaker - this is the technology that not only excites me but I feel privileged to be part of the company that has driven the innovation over several decades.

“The company was started in 1950 with the invention of the first battery-powered pacemaker. That device was a box. It was revolutionary because it allowed patients to leave a hospital bed and walk around with a pacemaker that kept them alive. However, it was a big device they had to carry. Over time, that pacemaker was miniaturised to some degree. It began with implantable devices. The leads were internal not from the outside.

“I would say that around five years ago, or maybe longer, there was a sense that this market and technology had essentially matured. But in Medtronic, there were engineers who kept working and, just a couple of years ago, we introduced a miniaturised pacemaker which can be implanted through a catheter, so there are no leads. It goes straight into the heart. It has got a battery that lasts ten years and, at the end of that time, you just insert another one. The original pacemaker just stays in there and gets buried in the tissue.

“I feel incredibly proud of the company. That there is a company which almost 70 years ago was started with the invention of the original pacemaker. And the same company, organically, has reinvented that pacemaker.”