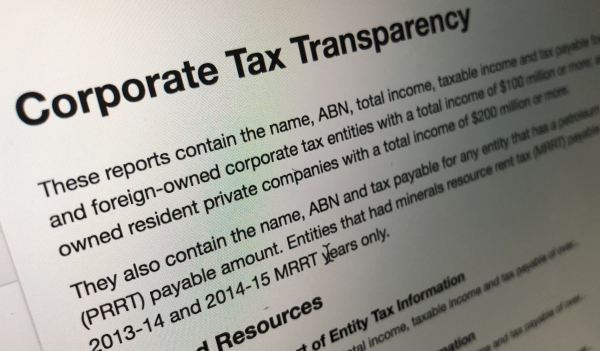 Private health and medical device companies are amongst the 2,000 included in the ATO's 2015-16 corporate tax transparency report.

According to the ATO, the companies account for more than $38 billion or almost 60 per cent of total company income tax payable in 2015-16, most of which was paid voluntarily.

In the health sector, the companies included in the list are from the private health insurance, private hospital, medical device, aged care, pharmaceutical and other medical service sectors.

Medibank Private and Bupa were amongst the sector's highest taxpayers, reporting $147 million and $104 million respectively, with NIB reporting $42 million.

Medical device and technology companies were also significant taxpayers, with Resmed, Cochlear, J&J, Covidien, Baxter and Stryker all on the list.

The ATO said, while there may be a focus on the number of groups which paid either no tax or small amount of tax relative to gross income, corporate income tax is payable on profits, not gross income. It also said in any given year a significant percentage of even the largest companies make losses, not just for tax purposes, but also for accounting purposes.