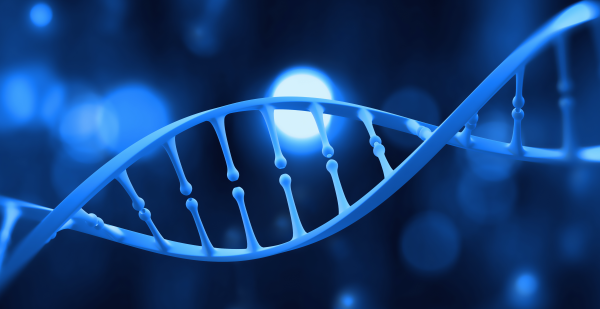 New research has found that the high upfront cost of gene therapy for Spinal Muscular Atrophy can be more than offset over the long term provided babies are screened and treated early.

Novartis' ZOLGENSMA (onasemnogene abeparvovec) for Spinal Muscular Atrophy (SMA) is one of the first gene therapies to emerge from company pipelines.

ZOLGENSMA is a one-time treatment that could be curative for the small number of infants diagnosed with what is a hereditary and deadly genetic disease.

The disease causes muscles to shrink and become weaker, limiting a baby’s ability to sit, walk, crawl, or even hold their head up, affecting around one-in-10,000 newborns in Australia - equating to approximately 30 babies each year.

Without treatment, most babies with type 1 SMA – the most common form of the disease – will not survive beyond their second birthday.

ZOLGENSMA is thought to have a price tag in excess of one million dollars with an outcome on its reimbursement via the PBS deferred by the Pharmaceutical Benefits Advisory Committee.

A decision on funding ZOLGENSMA is complicated by the fact only New South Wales and the ACT currently screen newborns for SMA.

The results of a recently published trial conducted at sites around the world, including Sydney Children's Hospitals Network, found that infants diagnosed with SMA and treated with ZOLGENSMA met the normal developmental milestones of any baby.

The study included 14 infants who were under six weeks of age at the time of administration and at risk of developing the most common and severe form of SMA. Each participant was followed until the age of 18 months. The study found that all children achieved the ability to sit independently (with 78 per cent achieving this milestone within the normal developmental window), all were alive and free of permanent ventilation, and all had normal swallow function and were fed exclusively by mouth by 18 months of age.

The study lead was Associate Professor Michelle Farrar who also led the push to add SMA to the newborn screening programs in New South Wales and the ACT.

New research from UNSW Sydney’s Centre for Big Data Research in Health assessed the cost of including SMA in all state and territory newborn screening programs and treating affected babies with ZOLGENSMA. The price of the gene therapy was based on a potential cost range based on reported international prices.

The researchers compared the costs and associated health outcomes of this early testing and treatment to the current practice of diagnosing and treating children after symptoms appear. They included the costs of screening, diagnosis, ongoing treatments and therapies, and parents pausing their careers to look after their child.

"But even when the highest price tag was given to the gene therapy drug, it was still cheaper in the long term than our current method," said the researchers.

“In the long term, newborn screening for SMA coupled with gene therapy would save $US2.4 million per 100,000 babies screened – roughly the number of babies born in NSW each year,” said lead author Dr Sophy Shih, a health economist from UNSW Medicine and Health who looked at the costs and benefits over a 60-year timeframe.

“Gene therapy would also provide an extra 85 life years in full health per 100,000 babies, measured by quality-adjusted life-years – a metric we routinely use in health economics to evaluate the health benefits of a particular treatment.”

Dr Shih said this result is what economists call a ‘dominant intervention’ or one that is lifesaving and cost-saving.

“Pairing newborn screening with early gene therapy treatment will help save lives and improve the quality of life of babies born with SMA, as well provide cost savings for governments,” she said. “This is the best possible outcome from a cost-effectiveness study."

Associate Professor Farrar said until the availability of the first reimbursed treatment in 2018, SMA was the most common cause of infant genetic death.

“As a neurologist, diagnosing an infant with SMA was one of those moments that just made your heart fall into your stomach,” she said. “The best you ever saw the infant was when you diagnosed them.

“But new genetic treatments are really changing the outcomes and survival rates of these babies. Early diagnosis and treatment of SMA can be transformative and significantly change the course of the disease.

“There’s a large up-front cost, but the burden of repeated treatments and costs over a lifetime aren’t present. We’re hopeful that we will also see the health benefits continue over a lifetime," she added.