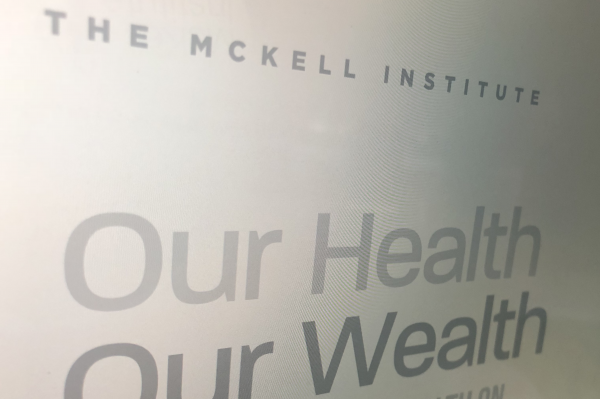 A new report from the McKell Institute, sponsored by Medicines Australia, the representative association of the research-based pharmaceutical industry, has highlighted the financial and economic impact of early retirement caused by ill-health and called for greater investment in a range of programs.

The report, 'Our Health Our Wealth: The Impact of Ill Health on Retirement Savings in Australia', estimates that close to 300,000 more Australians aged 50–64 would be working if their health status could be improved.

“What’s clear from this report is early retirement due to ill health is not only hard on individuals, their families and carers, it also hurts the Australian economy,” said Professor Bruce Rasmussen, director of Victoria University’s Institute of Strategic Economic Studies (VISES) and the report's lead author.

It found implementing some health strategies targeting those at risk of early retirement due to ill health could recover $1.9 billion in super and return $3.9 billion to the economy.

“It’s very important to consider ways to address this and take action while illness may be more manageable, to retain a person’s ability to function effectively and remain in the workplace."

The first is to target people aged over 45 with early symptoms of depression and anxiety. It points to a range of studies recommending a number of interventions, including behavioural therapy and medication, with the potential to reduce the number of people forced into early retirement by almost 20,000.

"Treating mental health remains a priority for the community and is particularly important for this older age group to remain in the workforce. The widespread adoption of antidepressant medication coupled with cognitive behavioural therapy has been shown to generate cost benefit ratios of four and more," says the report.

"The annual economic benefit (increased GDP) of such a reduction is about $2.7 billion together with a reduction in superannuation balance lost of $1.3 billion," it adds.

The second recommendation is to develop more effective treatment programs and medication for those at risk of early retirement from musculoskeletal and connective tissue conditions.

The third recommendation is to continue to strive for improvements in medicines to reduce the incidence of early retirement.

The report points to the recent development of new medicines to treat many chronic conditions and cancers.

However, it also says the prognosis for many cancers remains poor, including pancreatic, esophageal, gallbladder and lung.

"The recent introduction of new types of cancer treatments, such as checkpoint inhibitors and other immunotherapies, are likely to significantly change the ability of these cancers to be eliminated or controlled and hence the likelihood of people to participate in work."

The report concludes that, while some public programs have been effective in reducing the impact of certain health conditions on forcing early retirements, others such as psychiatric and musculoskeletal conditions remain difficult to treat and in need of further investment to increase the participation in the labour force of those over 50.