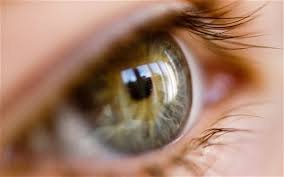 A new report commissioned by the Medical Technology Association of Australia (MTAA) has quantified the benefits of patients accessing intraocular lenses through the Prostheses List.

Lenses are used to improve vision for patients experiencing conditions such as cataract and glaucoma. These prostheses can help prevent further visual deterioration.

Cataracts and glaucoma impose a substantial burden on patients and the wider community through reduced vision, leading to lower quality of life, increased health spending, productivity losses, informal care costs, and reliance on aids and modifications.

A growing number of people are receiving ophthalmic prostheses due to Australia’s ageing population and the increasing prevalence of eye disease.

According to the new report from Deloitte, the total financial costs associated with cataract were estimated to be $1.1 billion ($4,430 per surgery) or $2.4 billion including the loss of wellbeing ($9,465 per surgery).

The report says the value of timely treatment - the difference in waiting times between the private and public sectors (69 days) - reduced financial and wellbeing costs by an estimated $205.3 million through reducing the number of days lived with untreated cataract.

“The devices industry was the sole contributor to lower private health insurance premium increases both in 2017 and in 2018. MTAA’s Agreement with the Government is on track to exceed $1.1 billion in expected savings, however, further cuts to the Prostheses List could erode these benefits.

“The medical technology industry believes access to a full range of medical technology is one of the key benefits of having private health insurance and we’re committed to helping ensure all Australians lead healthier and more productive lives,” added Mr Burgess.