New leadership for the Department of Health

The Department of Health has a new secretary with incumbent Glenys Beauchamp PSM announcing her retirement from the Australian Public Service after more than two decades.

"On behalf of all Australians, I thank Ms Beauchamp for her service," said Prime Minister Scott Morrison.

"In her time as Secretary of Health, she has been instrumental in improving health services for the Australian people, including a focus on mental health, increased medical research, funding life-saving medicines and strengthening our relationships with the health community," said health minister Greg Hunt.

"She has been an excellent leader for the staff of the Health Department and I have valued her advice and commitment to serving the Australian people," added Mr Hunt. 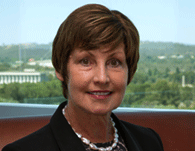 Ms Beauchamp received the Public Service Medal in 2010 for outstanding public service in coordinating the Australian Government’s response to the 2009 Victorian bushfires.

Ms Beauchamp was appointed to succeed former secretary Martin Bowles in 2017, having previously been led Industry, Innovation and Science.

Prior to joining the Department of Health in 2016, Professor Murphy was the Chief Executive Officer at Austin Health in Victoria.