New chair for Bupa as former minister steps down 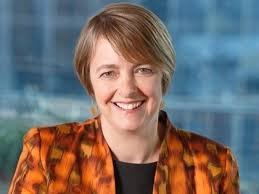 Former health minister Nicola Roxon has stepped down as chair of Bupa Australia and New Zealand.

The company announced that Ms Roxon, who has been chair since late 2017, will be succeeded by Bryan Mogridge. It also announced Michael Hawker’s appointment as deputy chairman of the Bupa Australia and New Zealand board.

Mr Hawker joined the board in April this year as a non-executive director and is also a member of the Bupa Group Board.

“I would like to thank the Honourable Nicola Roxon for her excellent contribution to Bupa Australia and New Zealand over the past five years, first as a Non-Executive Director and then as Chairman," said Roger Davis, Chairman of the Bupa Group.

"We have greatly valued her unique insights, skills and experience and her deep understanding of the health and community services sector. We sincerely thank her for her significant contribution to Bupa and wish her every success.

“I'm delighted that Bryan Mogridge succeeds Nicola as Chairman. Bryan knows Bupa well having been a Non-Executive Director of Bupa Australia and New Zealand since 2013 and Chairman of Bupa Care Services New Zealand and its predecessor from 1998-2015. He brings substantial experience having served on the boards of both private and public companies, in Australia and New Zealand, and as a distinguished business leader over many years.”

“It has been a privilege to have served as Chair and a Board Member over the past five years," said Ms Roxon.

"Bupa provides vital services across health insurance, dental, optical, medical visa services and aged care. With Hisham El-Ansary in place as Chief Executive Officer, now is an appropriate time for me to leave. I have great respect for Hisham who is bringing great passion and energy to the leadership of Bupa Australia and New Zealand.”

Mr Mogridge said it was an "honour" to be appointed chair of the company's Australia and New Zealand board.

"I look forward to working with Hisham El-Ansary as Chief Executive Officer and the team to pursue Bupa’s purpose of helping people live ‘longer, healthier, happier lives’. I would also like to recognise the significant contribution that Nicola has made and wish her well for the future,” he said.