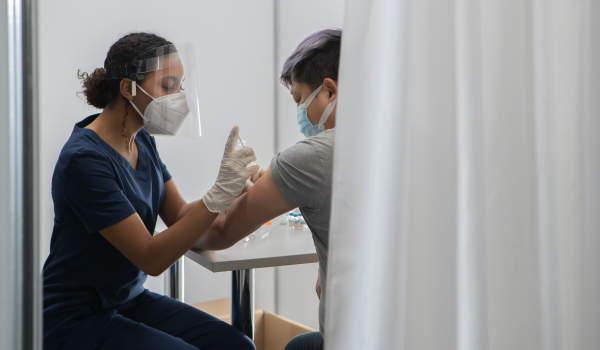 The TGA has had a third go at authorising the advertising of the approved COVID-19 vaccines this time to allow their promotion by name.

Australia's regulator issued its first instrument authorising the advertising and promotion of the vaccines on 4 June.

That authorisation - the Therapeutic Goods (Restricted Representations - COVID-19 Vaccines) Permission 2021 - imposed very strict conditions on the promotion of the vaccines. The promotion had to be consistent with the Commonwealth's "health messaging" on the national immunisation program, could not include any trade or brand names or any offer of alcohol, tobacco or other medicines as an incentive for the fully vaccinated.

That authorisation, which was signed by TGA head John Skerritt, was repealed on 9 July at the request of prime minister Scott Morrison and health minister Greg Hunt following intervention by the regulator in response to a Melbourne bar owner offering a 'free' beer to the fully vaccinated.

The repealed instrument was replaced by a second authorisation signed by an acting TGA head. It was similar to the original authorisation but allowed beer and other alcohol to be promoted as an incentive for people fully vaccinated.

Late last week, the regulator repealed that authorisation and issued a third that retained the permission for beer and other alcohol to be promoted as an incentive for the fully vaccinated.

Yet it now also allows approved COVID-19 vaccination providers to promote the trade or brand name of the individual vaccines.