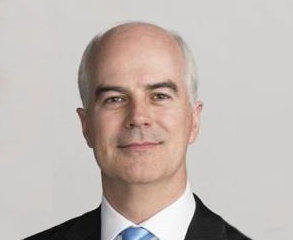 Medibank CEO Craig Drummond says while significant commentary has focused on "the things big business has done wrong" it is also important to "remember the contribution" it makes to the community.

"Political leaders have said that business needs to pull up its socks. And in many instances that is true. We have also been accused of not properly advocating for contributions that we make. And that is also true," said Mr Drummond.

The Medibank boss said the insurer has paid its customers $10.5 billion in healthcare benefits in the past two years but also $231 million in corporate income tax last year.

"As a good corporate citizen Medibank is a good corporate tax payer. We know that we have an obligation to pay our fair share – a share that contributes to the wider Australian community and to the continuity of universal healthcare," said Mr Drummond.

"We pay what we are required to pay because it is the right thing to do. And it is right for our shareholders as much as it is for the country.

The majority of elective surgeries (around 67 per cent) in Australia are also performed in private hospitals.

"Some have argued that private health insurance detracts from our tax system by receiving subsidies and handouts. But we do not receive tax handouts or subsidies.

"The means-tested private health insurance rebate is paid by the government to directly make policies more affordable for customers and families.

"For every dollar spent on the rebate, around $3 does not have to be spent in the public system.

"Australia’s public health system would only be weaker without a competitive, consumer-focussed private sector that pays its fair share of tax and makes a broader contribution to the overall health of our nation," he added.