Medibank teams up with beyondblue 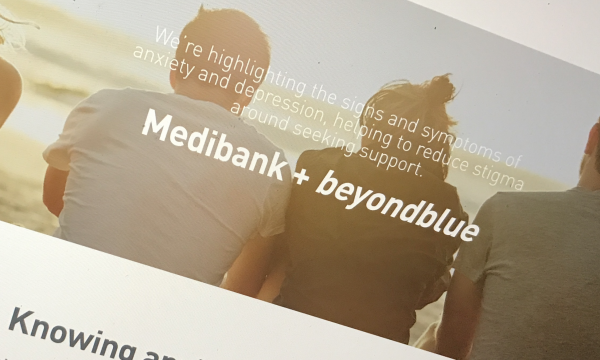 Medibank has announced a three-year partnership with beyondblue.

beyondblue is a not-for-profit organisation supporting Australians to protect their own mental health.

A $300,000 contribution from Medibank will be used to help fund beyondblue’s new suicide prevention initiatives, including research, development and online training for its ‘BeyondNow’ app – a safety planning tool to help healthcare professionals in decreasing the risk of suicide in their patients.

beyondblue CEO Georgie Harman welcomed the commitment. “At beyondblue, our goal is to help every person in Australia achieve their best possible mental health and this partnership is designed to help us achieve this goal.

“There are three million people in Australia living with depression or anxiety and we know that with early intervention and the right advice, recovery is possible.”

The partnership came as new research from beyondblue revealed most people are unable to identify anxiety as the most common mental health issue in Australia.

Two-in-three survey respondents believe depression is the most common mental health condition with only 13 per cent correctly identifying anxiety conditions as the most prevalent.

The survey results were released to coincide with the launch of beyondblue's Know When Anxiety is Talking campaign. The campaign is designed to assist people recognise the symptoms of anxiety and seek support.

According to Medibank group executive, healthcare and strategy, Dr Andrew Wilson, who is a psychiatrist, “At Medibank, we’re focused on improving the physical and mental health of all Australians. Recognising if you’re struggling mentally is the first step to getting support and feeling better. That’s why we have teamed up with beyondblue.

“I’ve seen first-hand the debilitating effect of prolonged anxiety and depression. beyondblue has for many years worked incredibly hard to challenge the stigma that prevents people from speaking up and getting support.”

According to Medibank, mental health is consistently in the top five most common claims for its customers from their 20s to 50s. Data from the Medibank Better Health Index found a rise in mental health issues since 2011, with one in three people in Australia now affected by either anxiety, depression or stress.