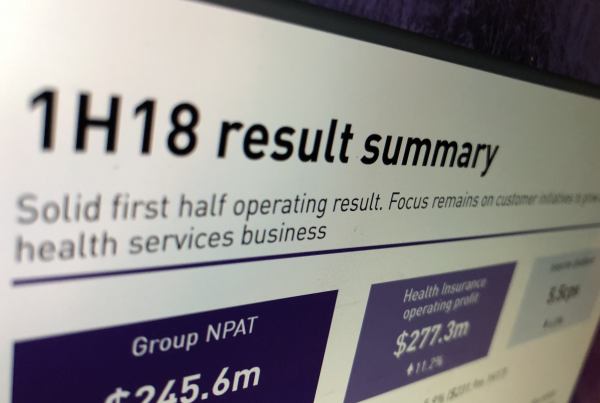 Medibank Private says there is an "urgent need for structural industry change" to make a real difference on the affordability of private health insurance.

Announcing the company's financial results for the six months to December, CEO Craig Drummond welcomed the reforms announced by health minister Greg Hunt last year, including to the pricing of prostheses.

However, he said there was an urgent need for further structural reform to the health system to maintain the downward pressure on health costs and premiums.

Mr Drummond said the company is looking forward to working with the committees established by health minister Greg Hunt to work on out-of-pocket costs and low value care.

“Improving affordability remains a key focus and we need to keep working even harder to deliver on this promise for our customers,” he said, adding transparency in health costs remains an important objective.

Medibank also announced a one-off loyalty bonus for its long-term customers. The new Priority program will see customers who have held cover with the company for ten years or more share in $20 million to go towards increased benefit limits.

The company reported a 1.8 per cent rise in revenue from premiums, to $3.175 billion, and a 1.3 per cent increase in benefit outlays to $2.624 billion. Hospital benefits rose 0.5 per cent while extras grew 4.1 per cent on the back of a higher dental benefit.

Its management expense ratio fell from 8.9 per cent to 8.6 per cent and the company's net profit after tax of $245.6 million was up 5.9 per cent on the corresponding period in 2017.

Medibank's market share fell further in the six months to the end of December, with Bupa now the country's largest health insurer, but it said enhanced customer retention and acquisition had slowed the decline. Its AHM brand continued to grow market share.

Revenue from its Medibank Health business rose 4.5 per cent to $291.9 million.

Mr Drummond said the company had delivered a solid result due to changes made over the past 18 months as well as early benefits from a productivity program.

“Today’s result reflects the progress we have made in delivering our customers a better experience, better service, better products and more value. This half we have paid $2.6 billion in claims on behalf of our customers, supporting them with their health and wellbeing,” he said.

“2018 marks a step change for Medibank. We are now positioning for growth which will allow us to leverage our scale to build the core business and transform into a broader health services company. Our progress means we are now in a position to pursue new initiatives, continue to invest in our chronic disease management programs and expand our in the home programs."