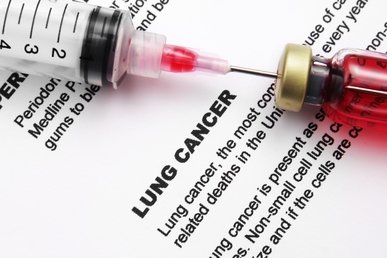 Lung Foundation Australia has marked the eve of Lung Cancer Awareness Month to call for action to end the disparity it says surrounds the country’s leading cause of cancer death.

The foundation has collaborated with Australian video producer, Playtime, to recreate the experience of Australians diagnosed with lung cancer.

The film focuses on real-world insights from patients living with lung cancer and their experience with the preciousness of time. It is voiced by lung cancer patient Ms Lillian Leigh.

“The film puts the viewer firmly in the shoes of patients – to offer a glimpse of how life unfolds as and after a diagnosis is received. It is an all-too real reminder for me,” said Ms Leigh.

“Lung cancer can impact anyone, at any time, including families like mine – emphasising the importance of greater awareness and action, particularly in the area of research, and the need to better support a community which is simply asking for more time.

"I have long-campaigned on this issue, and thank the Lung Foundation Australia for bringing this important cause to life this Awareness Month through the launch of the Walk In My Shoes short film.”

According to the foundation, around 20 per cent of those diagnosed with lung cancer never receive any form of treatment. In addition, less than half diagnosed are assessed by multidisciplinary teams (MDT), despite proof of better quality care and survival outcomes.

Almost one third (28 per cent) of patients are never staged, and therefore, may never start on the most appropriate treatments for their disease.

“We want equity of services. By 2030, we are asking the Government to commit to funding 100 full time equivalent dedicated lung cancer specialist nurses, up from the dismally low 12 as it currently stands, to better reflect disease burden, and to bring lung cancer in line with cancers such as breast and prostate cancer, both of which benefit from approximately 400 and 50 specialist nurses respectively.

Despite being the leading cause of cancer death, the five-year survival rate of lung cancer is just 17 per cent - compared to 91 per cent and 95 per cent respectively, for prostate and breast cancers.

Despite the more than three-fold greater mortality rate of lung cancer (9,034), compared to breast (3,090) and prostate (3,306), only eight lung cancer specialist nurses are currently in operation in Australia.

“We would like to thank and congratulate the Hon Greg Hunt MP, Minister for Health, for his recent commitment to setting the wheels in motion when it comes to the establishment of a National Screening Program for lung cancer. It is a vital first step, and we look forward to working closely with him, Cancer Australia, and our partners, to make this important initiative a reality,” said Lung Foundation Australia chair, Professor Christine Jenkins.

“To make genuine inroads, however, the lung cancer patient community needs assurances that they are the priority now and, in the future, that the Government and political decision-makers will continue to invest fairly in medical research, lung cancer treatments, and essential services and care. We stand ready to support the Government on this important policy and public health work.”