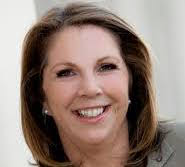 Labor's Catherine King has gone ideological on private health insurance in an address to representatives of the Members Health Fund Alliance, clearly dividing the sector in two.

Ms King's speech, coming after Labor announced its controversial two percent cap on premium increases for two years, along with a Productivity Commission inquiry, clearly delineated the sector between larger for-profit funds and the rest.

"And so I want to say at the outset that I understand – that Labor understands – that there are effectively two private health insurance industries," she said.

"One is dominated by large for-profits – three in particular. The other is made up of the two dozen funds in this room.

Ms King denied it was an "ideological proposition".

However, the shadow health minister's statement, essentially dividing the sector into good and bad, has been interpreted as the most ideological intervention in the private health insurance policy debate by either major political party for many years.

"The underlying cost of Australia’s health system is the ailment; rising insurance premiums are just a symptom. Specifically, the fundamental forces pushing premiums up are higher claims costs experienced by insurers, through such factors as a greater uptake of medical services among policyholders and the rising cost of treatments and procedures," he said in a speech.

In her speech yesterday, Mr King even accepted Labor's proposed cap will impact the industry and could even force some insurers to spend into the capital reserves held above and beyond their prudential requirements.

"But importantly, we have committed to working with you and with APRA to ensure that not-for-profit insurers remain strong," she said, clearly excluding other insurers.