J&J takes it to the hill 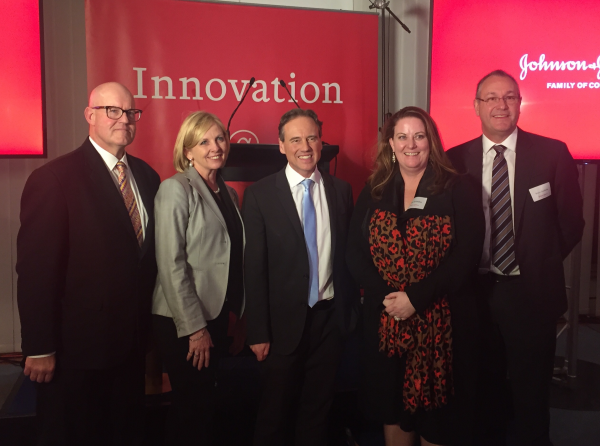 A big week for Johnson & Johnson with the company hosting its fourth 'on the hill' that seeks to raise awareness about the organisation amongst federal politicians and policy-makers.

The company, one of the world's largest makers of medical devices, will host over 30 individual meetings during which it will promote its contribution to the Australian economy, health system and local medical research.

According to the company, every $1 of its direct output creates an additional $1.60 in the Australian economy, which translates into annual total economic output of $4.9 billion.

It also says for every job it creates an additional 3.3 jobs are supported through its supply chain and partnerships. That equates to 7,000 total jobs supported across the Australian economy.

This year's 'J&J on the hill' is also the first to include its recent US$30 billion acquisition, Actelion.

The Swiss-based company, which is now part of its pharmaceuticals division, Janssen, has brought with it a portfolio is dominated by treatments for pulmonary arterial hypertension.

Speaking at last night's function to mark the start of the program, health minister Greg Hunt praised the company, describing it as one of the world’s great leaders in health. He also acknowledged its investment in Australian clinical trials.

The function was attended by a cross-section of parliamentarians, representing all sides of politics.

Managing director of J&J Medical and chair of the Medical Technology Association of Australia, Gavin Fox-Smith, praised Mr Hunt for his impact on the portfolio and welcomed his ongoing engagement over prostheses reform.

The company used the function to showcase a number of its programs, including its support for Australian health technology start-up, Ellume, which created a new diagnostic tool to accelerate the diagnosis of life-threatening viruses.

It also highlighted the Janssen ATLAS Program that provides a range of beyond-the-pill digital and direct support tools to assist healthcare professionals and people living with schizophrenia.