Industry leader calls for a more strategic approach to manufacturing

The federal government is inviting companies to bring forward proposals to provide mRNA manufacturing capability in Australia but one senior industry leader has called for less reaction and a more strategic approach.

mRNA is the technology platform for some of the already approved COVID-19 vaccines. The vaccines have reported high efficacy.

The government said proposals should demonstrate access to the necessary intellectual property for manufacturing processes, a commitment to collaborate, build and maintain working relationships with the Australian research community, as well as opportunities for exporting vaccinations and treatments.

CSL is the obvious candidate given its established presence in Australia and the new cell-based pandemic flu manufacturing facility it is constructing in Melbourne in partnership with the government.

Other global companies might consider making a submission but they will have wide considerations given their own strategic manufacturing plans.

At least one senior industry leader has also suggested the focus in Australia on mRNA is "reactive" and it also might be "too late" given the global race for manufacturing capability. 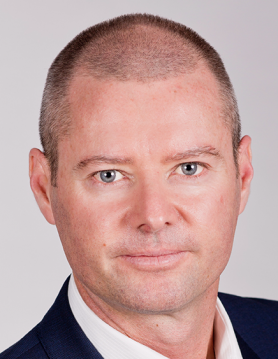 Chris Hourigan is the head of Janssen's (J&J) Asia Pacific business having previously led its operations in Australia and Japan.

Speaking at last week's conference of BioPharmaDispatch, a publication in the stable that includes HealthDispatch, Mr Hourigan said, "If you want to have the right discussion in Australia, that should be basically, 'Well, what is the next technology that is coming that basically takes you past this particular current technology that we have got?' It takes years to build the infrastructure and the scientific know-how and expertise in a country like Australia. So starting up RNA now is like saying we want to start car manufacturing again based on petrol engines.

"We have got to be thinking ten years in advance and where should we be leading the way as a country so that we are actually offering something to the rest of the world that they want.

"We do not want to be a contract manufacturer...Once again, we should use our scientific know-how to use our education systems to basically try and lead the world in a technology that offers value to us and value to the rest of the world. We should actually contribute."

Mr Hourigan said the industry can be an important part of driving that strategic discussion but that the real need is for political will "to change the game here in Australia."

"If you see healthcare as a strategic imperative it has to be more than simply seeking to improve the productivity of human capital here in Australia. Keeping people healthier for longer is clearly beneficial but there are other benefits. There is diversifying the economy and thinking about how our industry can be involved in supporting that. That might require us to have a discussion with the community about our vision and what we stand for.

"We are talking 30 to 40 years since the last time there was a serious discussion about building the industry in Australia. It is like you do not water the garden for that amount of time and then want to see green shoots in just a couple of days.

"This is why we need a forward-looking strategic plan because you cannot turn these things on and off at will. That is not the way it works. It is complicated. There are global supply chains and innovation networks. There are already other systems in place in different countries. You are asking people to shift their focus from one geography to another. It does not happen like that.

"As a country, there needs to be a dedicated strategic plan we are communicating to the rest of the world as to what we stand for," said Mr Hourigan.

He added, "I would simply ask everyone, what is it going to take for us to change the direction of this country? That is my question because we always come up with a reason as to why not...I think at some point, we either believe that we can do it and we are going to make it happen and we are all going to work together to make it happen, or we are going to keep what we have been doing."