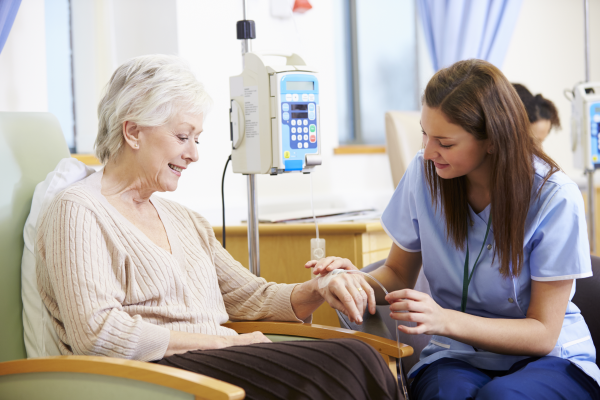 The federal government has announced the details of its chemotherapy review, including its chair and the terms of reference.

The review, which was announced in last year's 2020-21 Budget, will be led by Professor Sanchia Aranda AM. She will be supported by the Department of Health and the University of Technology Sydney Centre for Health Economics Research and Evaluation.

Professor Aranda is a cancer clinician, researcher and health system administrator. She is chair of the global City Cancer Challenge that has a vision of quality and equitable treatment. Professor Aranda previously served as the CEO of Cancer Council Australia and is the immediate past president of the Union for International Cancer Control.

The current arrangements for funding cancer treatment - the Efficient Funding of Chemotherapy (EFC) program - were established in 2011 in response to a Budget measure and subsequent review.

However, the EFC has been the source of increasing contention across the supply chain, particularly between manufacturers and compounding pharmacists.

This contention has significantly focused on the complex remuneration arrangements for compounding pharmacy.

They are directly remunerated by the government for the preparation and administration of chemotherapy.

Yet they also gain through the practice of 'vial sharing' under which so-called 'wastage', for which manufacturers do not receive reimbursement through the PBS, is combined and dispensed under the PBS.

Compounding pharmacists argue the practice is critical to their viability and that any change can only occur with a significant increase in their direct remuneration from the government.

The contention became acute in recent years with the government's failed push to reform the supply chain payment system for medicines listed on the PBS with special price arrangements.

These arrangements, which have become an almost standard feature of new PBS listings, involve the government agreeing to reimburse a medicine at a higher published price with the manufacturer repaying (rebate) the difference with a lower unpublished price.

The proposed reform hit many roadblocks, including opposition from across the pharmaceutical sector and its failure to identify and agree on a workable model for implementation.

Compounding pharmacists also secured a pre-election (2019) commitment from health minister Greg Hunt to 'carve them out' from changes if a workable model could not be agreed.

The new review's terms of reference identify these issues involving compounding remuneration have been "increasingly" raised by stakeholders in recent years.

"The Government may also consider whether a new or adjusted reimbursement framework is required to ensure ongoing access to these medicines and whether a new or adjusted framework may encourage innovation and collaboration across the EFC supply chain," says the review terms of reference, adding a final report will be presented to the health minister no later than 30 June 2022.

The terms of reference cover the patient experience and the supply chain, particularly in supporting access to chemotherapy for Australians in rural and regional areas, seniors and Aboriginal and Torres Strait Islander people. They also cover PBS prescribing, claims processing and the administrative burden associated with providing access to these medicines.

The review will consider supply chain costs, remuneration and whether "all participants" are funded "effectively and equitably". It will look at enhanced transparency in the supply chain, the potential impact of new and emerging technologies and how other countries provide chemotherapy.