Economics in the time of the COVID-19 pandemic 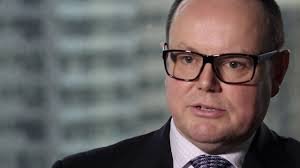 Alastair Furnival is a principal at the economic consulting practice, Evaluate. In a special comment, Mr Furnival discusses the added complexity of making and assessing economic choices in response to a pandemic.

Has the coronavirus increased the value of a year of human life? Or, does a pandemic simply mean that all bets are off? And do our economic choices reflect our health as a society?

Now that we’re well into flattening the curve, it’s timely to look at how SARS COV-2 has upended some of the traditions of health economics. And one of the key planks of all health economic practice is that we put a consistent value on a year of human life.

What these values do is permit us to: compare like for like (is the incremental cost of the newer drug less than the value of expected years gained?); and compare different investment choices (with a fixed budget, do we get more years from increased surgery or more community care?)

This principle also extends beyond health economics. State infrastructure bodies may from time to time calculate how many lives might be saved by repaving a road at a known blackspot and compare this to other calls on their expenditure.

One thing that obviously matters here is how we price the QALY. A commonly-stated figure in Australian health economics is $50,000. This is not based on formal calculation, but (at least at the current exchange rate) looks a lot like the UK National Institute for Clinical Excellence’s £20-30,000 threshold. It also resembles GDP per person in Australia, discounted by around a 20% deadweight loss for taxation, which is a reasonable measure of Government capacity to pay.

This is not the only measure of life value. The Department of the Prime Minister and Cabinet tells us that in 2019 dollars a life is worth $4.9 million, or $213,000 per year. This latter is the value of a statistical life year (VLY), which is the value of a year of life for a young person with at least 40 productive years ahead.

VLY values are calculated in terms of willingness to pay (WTP). A typical approach to this is to look at how much income across a workplace employees are willing to forego to prevent fatal or disabling industrial accidents. This WTP is not the same as the Government’s capacity to pay.

But the question today is whether what we are spending on the coronavirus allows a calculation which resembles either approach?

Of course we can’t calculate the real cost per QALY until we’re through the other side of the current crisis, and it seems vulgar to put any number on it now - but we should be confident that there will be a substantial multiple of our traditional thresholds for healthcare or other public expenditure.

To make such a calculation, we would need to understand variously: how many lives we think will have been saved by our current approach to flattening the curve; how many QALYs this represents; what are the direct costs (the hundreds of billions in both emergency healthcare and economic subsidies); the indirect costs (job losses and productivity losses from social isolation); and net factors, such as any lives which may be lost because the health system is (unavoidably) distracted by a single event and even suicides driven by social isolation and financial distress.

We might also include the positive value of jobs saved, though it’s notable that public health funders in recent years have been loathe to acknowledge this as a benefit.

Importantly, it’s an inviolable ethical principle in all this that a year of an elderly person’s life (more likely to be saved in this time) has no less value than the year of a young person’s life. This may distinguish the QALY value from the VLY figure.

All this leads to a philosophical question, as to whether we are right to so strongly prefer health outcomes over economic productivity at this – or any time? Or is this more a political decision than an ethical or practical approach?

On the political side, while the fiscal response is massive and the productivity cost equally so, the Government’s actions continue to look measured. There is no consensus that the staged approach is any less effective than the immediate total shutdown in other nations. And we can count ourselves lucky that recent years of fiscal responsibility have left Australia more able than most to afford a period of economic interruption while protecting the interests of the more vulnerable.

And from a health economics perspective, there does seem to be something radically qualitatively different about an epidemic: unlike say a cancer which is individually catastrophic but represents a predictable rate of occurrence across the population; infectious disease of this order presents a threat to the entire population; not simply because it could kill a significant percentage; but also because that is potentially avoidable It’s the indiscriminate nature of contagion and the unpredictable effects on any infected person which we find so worrying, not just the routine prospect of death itself.

A parallel might be our recent response to Australia’s summer bushfires. I’m sure that a similar calculation to that of the coronavirus could tell us that the costs per year of life saved outweighs our usual arithmetic.

But perhaps these are both expressions of how such catastrophes bring us together as a society: for the short-term at least, we are all willing to bear a greater burden for the benefit of others, including those we will never know. And our economic approach reflects this: for the moment at least, the rule is not what is efficient; but what is truly good.

Evaluate focuses on long-term solutions to ensure the sustainability of Australia’s admirable social compact, including universal access to healthcare and education, and the supply of aged care, housing and other social infrastructure.