Does this mean no more 'Mediscare'? 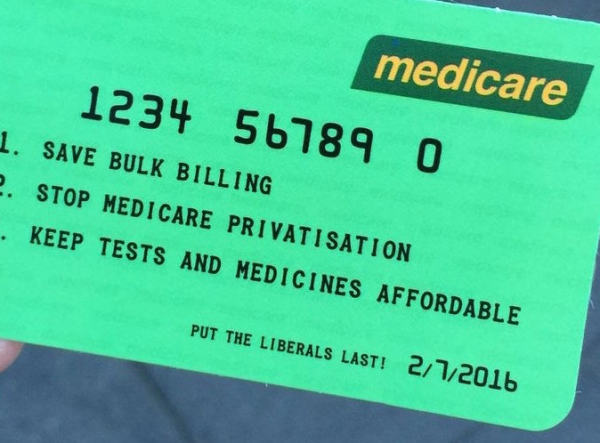 The federal parliament has backed legislation making it a criminal offence to impersonate a Commonwealth entity, company or service, such as a government agency or department.

According to attorney-general Christian Porter, the law is in response to Labor's highly effective 'Mediscare' campaign during the 2016 federal election.

"We all saw during the last election the deliberately deceptive behaviour where Labor sent text messages purporting to be from Medicare but which were actually direct political propaganda from Labor designed to deceive and scare voters over the future of Medicare," said Mr Porter.

"Under this legislation, it would be a criminal offence to undertake such deceptive activities, with those responsible facing penalties of up to five years imprisonment.

"Whilst it was already a criminal offence to impersonate a Commonwealth official, these new laws put beyond doubt the ability prosecutors to deal appropriately with those who pretend pretending to be, or be acting on behalf of, a Government body."

"The passage of this legislation ensures that our institutions cannot be misused by those with other agendas and protects the community from criminal misrepresentation of those institutions," added Mr Porter.

"The legislation includes safeguards to ensure the new offences do not limit freedom of expression or stifle public debate. Specific protections are included for artistic or satirical misrepresentations of Government. These protections ensure Australia's longstanding and celebrated tradition of satire and artistic freedom continues, whilst protecting people from deliberate deception for specific purposes."