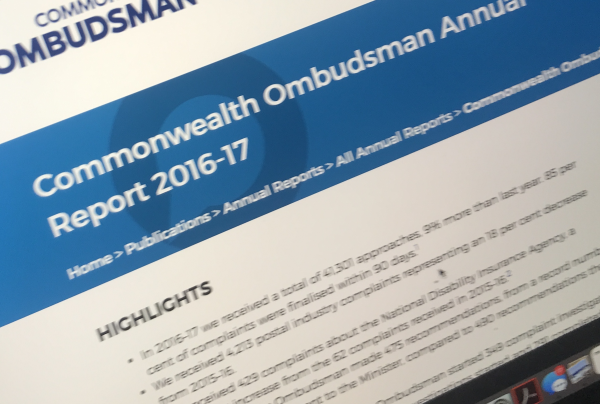 According to the 2016-17 annual report of the Commonwealth Ombudsman, after several years where private health insurance complaint levels remained steady, the past four years have seen an increase.

Yet it also acknowledges the impact of an IT issue at one health fund and the fact 81 per cent of complaints were resolved as 'problems', with just 13 per cent classified as 'disputes', down from 19 per cent the previous year.

Medibank's large share of complaints appears due to information communication technology (ICT) issues, which the annual report describes as a significant factor in the overall rise in complaints during 2016-17.

The issues, "...caused significant delays in the issuing of tax certificates, and various problems associated with premium payments and policy administration. The insurer took action to reduce the causes of the ICT and service complaints in the second half of 2016 and consequently, the incidence of new ICT complaints reduced by the end of the 2016–17 year."

The ombudsman received 1,740 complaints about benefits.

"The main issues of concern were hospital policies with unexpected exclusions and restrictions," according to the ombudsman. "Delays in benefit payments and complaints about insurer rules that limited benefits were the other large areas of complaint."