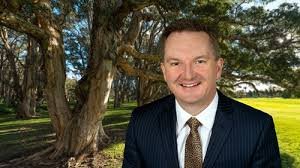 Reports suggest current shadow health minister Chris Bowen is being moved out of the health portfolio as leader Anthony Albanese moves to manage rising tensions inside Labor over climate and energy policy.

According to the reports, Mr Bowen will replace Mark Butler in the climate and energy portfolio. Mr Butler will move to health.

Mr Bowen was appointed shadow health minister following the 2019 election at which he was Labor's treasury spokesman.

Mr Butler, who was first elected to the House of Representatives in 2007,  has held the shadow climate and energy portfolios since 2013.

He served as the parliamentary secretary for health and then the minister for mental health in the former Labor federal government.