CHF working on its own 'financial sustainability' 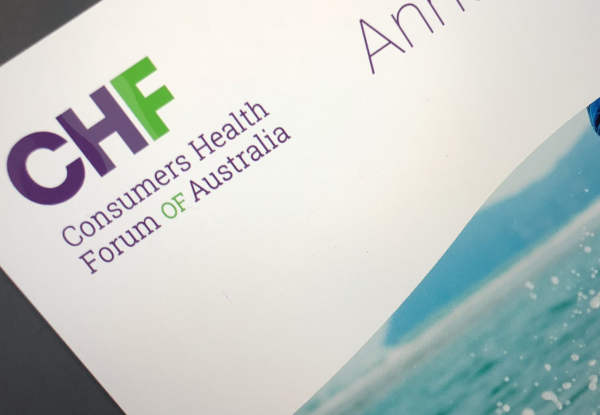 The Consumers Health Forum says its Board is monitoring its financial sustainability and it is seeking a "long-term funding agreement" with government.

Publication of the organisation's annual report coincided with release of its 2018-22 strategic plan.

The plan is based on four objectives: advocating for impact; consumers shaping health; partnering for purpose; and, resilient and strong.

Financial sustainability is a key focus of the strategic plan. It points to less reliance on government funding and the creation of "revenue from nongovernment sources".

"A number of profit making initiatives are initiated," it adds, but they will not include partnerships with commercial organisations.

The CHF has been a critic of private health insurance and the rebate. It strongly supported recent reforms announced by health minister Greg Hunt, when they were announced, but has subsequently questioned their value.

The organisation has challenged the sector over affordability while essentially calling for the cost of private health insurance to be substantially increased through removal of the rebate.

According to its annual report, the organisation received just over $1 million in revenue in 2016-17, up from $678,000 the previous year. Yet it remains significantly below the peak of over $3 million several years ago.

Of the $1 million, $880,000 was in the form of a grant from the Department of Health, with the remainder a combination of member subscriptions, other income, interest and donations.