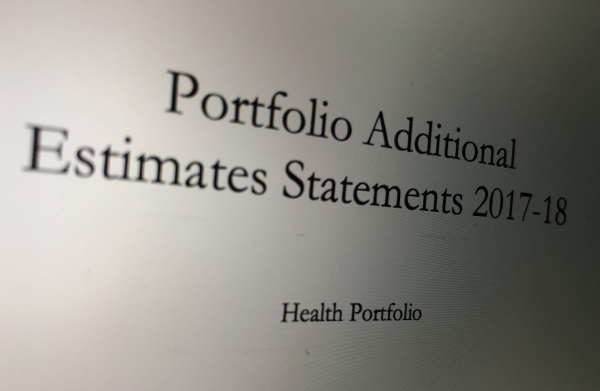 The updated forecast for the private health insurance rebate shows a $1.2 billion decline in government spending on the program.

The update, published in the Department of Health's Portfolio Additional Estimates Statements 2017-18, shows four-year spending on the rebate is now forecast to be $25.3 billion compared to the $26.5 billion included in last May's Budget.

The update shows annual spending on the direct subsidy to consumers for private health insurance is now around $300 million lower than previously forecast.

The rebate has undergone significant reform in recent years with means testing, changes in indexation and its removal from Lifetime Health Cover loading, meaning what was once a 30 per cent government contribution to premiums is now a maximum of around 26 per cent.

The result has been an ongoing policy-driven annual reduction in its value and emerging affordability issues for Australians with private health insurance.

The decline in spending on the rebate is also driven by the recent affordability-related decline in the number of Australians with private health insurance.

According to the Australian Institute of Health and Welfare, the rebate now represents around 8 per cent of total federal government health spending, around the same level ten years ago, but down from 8.9 per cent in 2011-12.

Ironically, while government is significantly responsible for the emerging affordability issue, through decisions to wind back the rebate, private health insurers have borne the brunt of criticism.

Labor leader Bill Shorten recently criticised the sector over premium increases and product exclusions, accusing it of engaging in a "con" and treating their member as "mugs".

This year's average increase, of 3.95 per cent, is the lowest in over 15 years. Labor has committed to cap premium increases at two per cent for two years and establish a Productivity Commission inquiry into private health insurance.