Another new plan for the stalled vaccine rollout Department of Health officials and the senior Army officer appointed to lead the vaccine rollout battled through Friday's public hearing of the ongoing Senate inquiry into the national response to the COVID-19 pandemic. 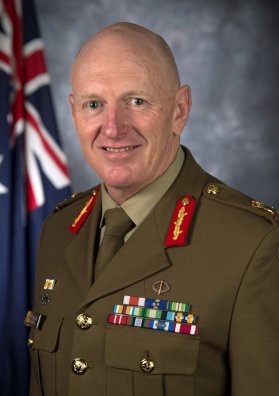 Lieutenant General John Frewen, who has been seconded to the Department of Health to lead 'Operation COVID Shield', fronted the hearing with secretary Dr Brendan Murphy, chief medical officer Professor Paul Kelly, TGA head John Skerritt and a range of other officials.

Lieutenant General Frewen was appointed on 8 June and launched an immediate review of what was already a stalling rollout with supply constraints compounded by April's decision to effectively limit the use of AstraZeneca's adenovirus viral vector vaccine to people aged over 60.

The vaccine that is being manufactured by CSL in Melbourne was originally intended to be the 'workhorse' of Australia's 2021 rollout. The federal government's deal for 40 million doses of Pfizer's mRNA vaccine has now become the central plank of the 2021 rollout despite the fact most will be delivered in the second half of the calendar year.

Lieutenant General Frewen told the hearing he was scheduled to take the revised plan for the rollout to National Cabinet.

“I have identified three key areas to focus on improving coordination and efficiency of the plan, building public confidence and motivating people to get vaccinated, and a safe and efficient rollout of the vaccination plan,” he told the hearing.

“This plan has been developed in consultation with the states and territories, health and community sector organisations, business, industry, unions and other stakeholders.”

In response to questions about the supply of doses, Lieutenant General Frewen said, “The rollout has been working with the supply available.”

Dr Murphy challenged comparisons with countries that have advanced rollouts on the basis of fewer supply constraints by incorrectly arguing they have been the beneficiaries of domestic manufacturing capability.

He also said the government expects to receive the first one million doses of the mRNA vaccine developed by Moderna in September.

In response to questions about the procurement of the vaccines, Dr Murphy attributed decisions to the advice of the Science and Industry Technical Advisory Group (SITAG), including the timing and preference for non-mRNA candidates. He did not mention any advice or guidance provided by consulting firm McKinsey & Company.