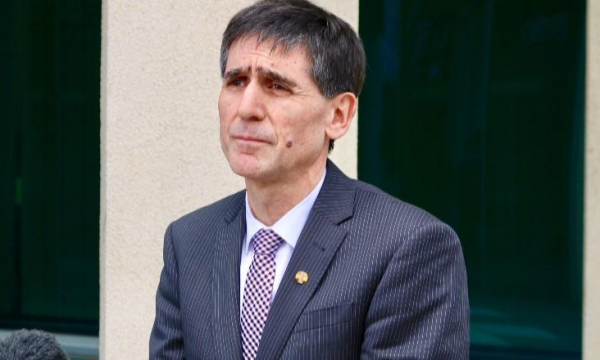 In a wide-ranging address to the National Press Club yesterday, Dr Bartone said the AMA has "publicly called them out" and "will not defend them."

"We will not condone what they do when it comes to this. We really need to basically be very sure about this. We don't support egregious billing, we don't condone it, we don't defend it," he said.

Gap payments charged by some specialists have come under significant scrutiny.

Department of Health officials told Senate Estimates in May that it is working with stakeholders to "stamp out" things like booking and administration fees, which a small number of specialists charge to circumvent no-gap and known-gap arrangements.

"This practice will be stamped out...because it is unacceptable," said chief medical officer Professor Brendan Murphy.

Dr Bartone said the issue has not been helped by the "almost decade-long non-indexation or appropriate indexation of either the Medicare schedule or the private health benefit schedule that underpins those rates that they pay."

On the affordability of private health insurance, Dr Bartone said it meant "very little without value, and that the Government knows the issue is at crisis point."

“Australians want reasonable and simple things from their insurance,” he said.

“We can’t have patients finding out they aren’t covered after the event, or when they require treatment and it’s all too late…"

He said the AMA supports the categorisation of all private health insurance policies, as a mechanism to simplify the product and choices for consumers, but questioned the exclusive inclusion of obstetrics in top or 'gold' cover.

“It does not make sense to us, as clinicians, to have pregnancy cover in a higher level of insurance only.

“Many pregnancies are unplanned – meaning people are caught out underinsured when pregnancy is restricted to high-end policies.

“Pregnancy is a major reason that the younger population considers taking up private health insurance.

“They are less likely to be able to afford the higher-level policies. We need to make sure it is within reach.

“And having female reproductive services at a different level to pregnancy coverage is, to us, problematic, and will leave a lot of people caught out," he added.

According to Dr Rachel David, CEO of Private Healthcare Australia, “Obstetrics is a high-risk, high-cost treatment area currently only covered in top hospital cover. The inclusion of obstetrics in the ‘Gold’ tier reflects the current state of the market and will not alter premiums."